The Bach Choir at the Kaiser Wilhelm Memorial Church has preserved a unique tradition: the performance of the sacred cantatas by Johann Sebastian Bach every fortnight in a worship service in the Kaiser Wilhelm Memorial Church. Thus, one of the most famous buildings in Berlin is one of the few places in the world where Bach's complete sacred cantata cycle can be heard and experienced within a liturgical context. 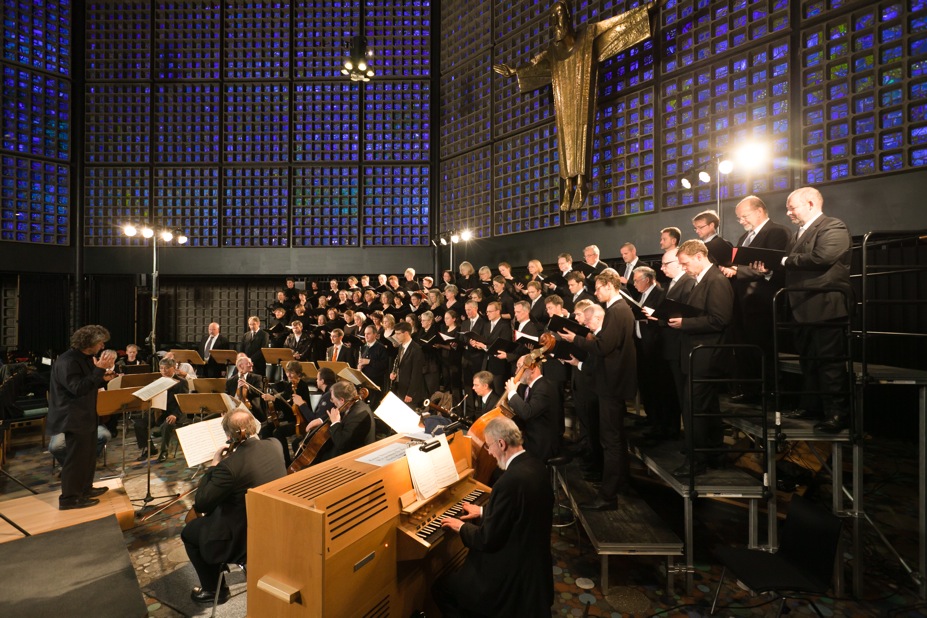 More than a thousand cantata worship services and sacred concerts have taken place in the Kaiser Wilhelm Memorial Church since the founding of the choir. Not just all of Bach’s sacred cantatas and masses, oratorios, passions and motets as well as many of his instrumental concertos, organ and orchestra works have been performed. The works of many other composers such as Schütz, Händel, Haydn, Mozart, Dvořák, Brahms and Mendelssohn Bartholdy are also part of the nearly 60-year-old tradition of the choir. Besides performances in Berlin and its surroundings as well as in Dresden, Leipzig and Trier, concert tours have been made to Poland, Spain, Israel, Japan and in the United States.

Approximately 70 singers lend their voices to the Bach Choir. They are accompanied by the Bach Collegium, an ensemble of dedicated instrumentalists, all belonging to major Berlin orchestras. Renowned soloists are regular guests of the two ensembles, who have also collaborated with conductors such as Helmuth Rilling and the then cantor at St. Thomas Church, Georg Christoph Biller.