Bach cantatas in the Kaiser Wilhelm
Memorial Church in Berlin

Saturday, 6 p.m. in the Kaiser Wilhelm Memorial Church – every fortnight this time and place stand for a musical event that provides a special musical-liturgical framework at this sacred site of admonition, reconciliation and peace and in the midst of the multicultural and religiously diverse community of Berlin and that can be experienced in only a few places in the world: the performance of the complete cycle of Johann Sebastian Bach’s sacred cantatas in their liturgical context. 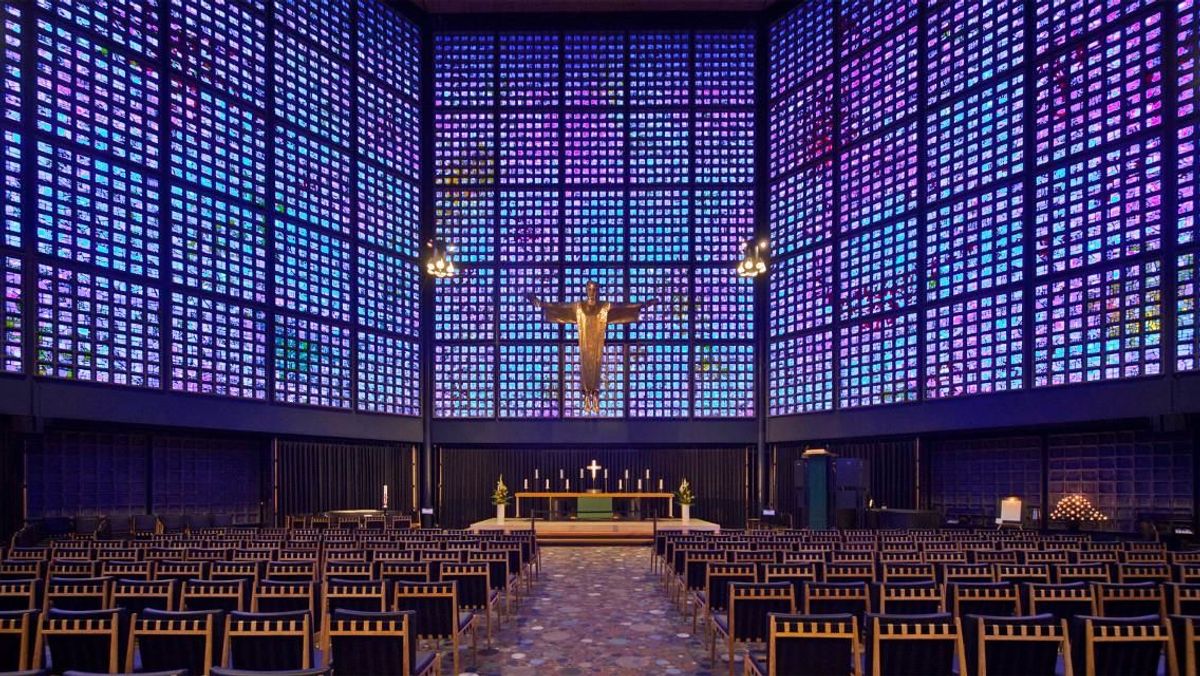 Approach to a great legacy

In 1723, Bach was appointed cantor at the St. Thomas Church as well as music director of the four main churches in Leipzig. For several years, one of his duties was to perform a piece of church music of approximately 20 minutes every Sunday, based on specified biblical texts. For this purpose, Bach composed around 300 sacred cantatas, of which approximately 200 survive today.

In the beginning, several choirs and their directors were involved in the development and cultivation of this tradition in Berlin. On the evening of Easter Sunday, April 6, 1947, the first church service of the cycle was celebrated with a performance of the cantata Christ lag in Todesbanden. The pioneer of this project was church council member Dr. Theodor Wenzel, who was then director of the Inner Mission. Supported by the Bach researcher Friedrich Smend, he had founded the “Working Committee for Cantata Worship Services” that organised the perfomances of Bach cantatas until 1961.

Four directors and their choirs performed the cantatas during the first decade of the cycle: Gottfried Grote (Spandauer Kantorei), Wolfgang Reimann (Staats- und Domchor), Paul Hoffmann (Kantorei der Kaiser-Wilhelm-Gedächtnis-Kirche) and Herbert Mützel (Schöneberger Kantorei). They were assisted by an ensemble of instrumentalists that consolidated over the years along with a wider circle of solo singers.

The cantata worship services initially took place in St. Matthew‘s Church in Steglitz; later, they were celebrated in St. Paul‘s Church in Zehlendorf. Originally scheduled on a weekly basis on Sundays, they soon shifted to a fortnightly schedule every other Saturday at 6 p. m.

Hanns-Martin Schneidt, who in 1956 had become the director of the Berliner Kirchenmusikschule and the Spandauer Kantorei, conducted most performances from 1957 onward. Founding the Bach Collegium in 1957 and the Bach Choir in 1961, he established two ensembles that have been committed to the unique tradition of the Bach cantata cycle up to the present day.

The idea to institutionalise the cantata worship services in the new Kaiser Wilhelm Memorial Church arose during the building’s construction. On December 17, 1961, the day of the inauguration of the new church, the Bach Choir first appeared before the public with a performance of cantatas I–III of the Christmas Oratorio.

Since the first cantata worship service in 1947, more than thousand cantata worship services have taken place. They attract an average of 300 visitors to the Kaiser Wilhelm Memorial Church – not only a large Berlin core audience, but also guests and music lovers from all over the world. They demonstrate the continuing need for an experience of Johann Sebastian Bach’s music performed in its original context.