The Bach Choir was established by Hanns-Martin Schneidt in 1961 on the occasion of the inauguration of the new Kaiser Wilhelm Memorial Church. Together with the Bach Collegium, it has since then been responsible for the musical programme of the regular cantata worship services established in Berlin in 1947. The choir is closely associated with this sacred site of admonition, reconciliation and peace and provides a special musical-liturgical framework in the midst of the multicultural and religiously diverse community of Berlin. 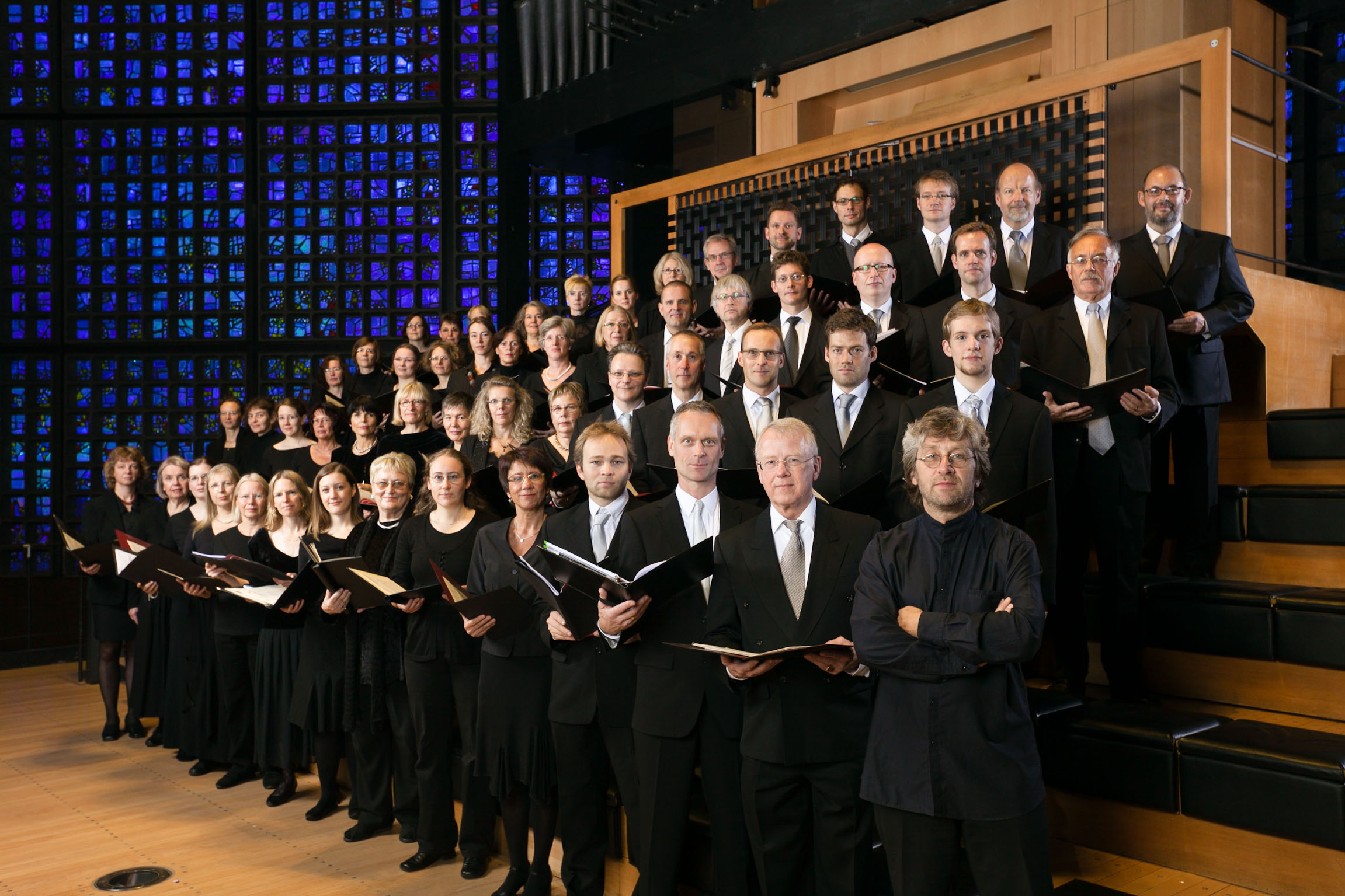 The Bach Choir plays a special role in Berlin’s choral scene. Every year, about 70 active singers perform 15 Bach cantatas in a worship setting and prepare and perform two major concerts, a Christmas Eve service and other occasional church services. Thus, the workload and the demands on the singers far exceed those of most other amateur choirs.

The essential musical mission of the Bach Choir is performing the sacred cantatas of Johann Sebastian Bach. These performances are tailored to the church calendar and placed within a liturgical context, i. e. in a worship setting. Two major choral works are annually prepared in addition to the Bach cantata performances. Oratorios, passions, masses, and a capella works from the Renaissance to the 21st century period are all resources in the Bach Choir’s repertoire.