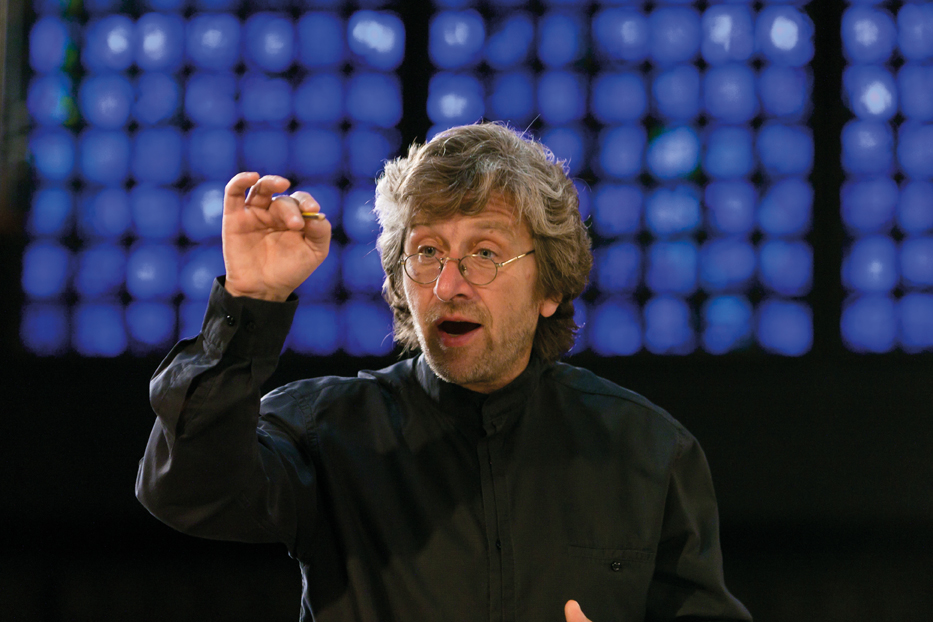 Achim Zimmermann was born in 1958 in Dippoldiswalde in the vicinity of Dresden. From 1969 to 1977, he was a member of the Dresdner Kreuzchor; later, he studied at the Franz Liszt School of Music in Weimar, focusing on choral and orchestral conducting. He honed his artistry through international conduction seminars in Germany (with Helmuth Rilling, among others) and in the United States.

Karl Hochreither was born in Speyer in 1933 and, after studying humanities in Freiburg and church music at the Nordwestdeutsche Musikakademie (University of Music) in Detmold, he also began his career in Speyer. In 1963, he was appointed professor of artistic organ performance at the Berlin School of Church Music, where he taught until his retirement in 1998. From 1964 to 2001 he directed the Bach Choir and the Bach Collegium at the Kaiser Wilhelm Memorial Church.

Concert tours as organist took Karl Hochreither all over the world. Starting in the late 1960s, he worked abroad as an educator, and from the mid-70s onward also as a conductor. As Artist in Residence he was, among others, a guest of the University of Western Ontario in Canada and of the Asian Institute for Liturgy and Music in Manila. From 1997 to 2007 he was artistic director of the Bach festival in Grand Rapids, Michigan, USA. Among his publications, the most important is his book, Zur Aufführungspraxis der Vokal-Instrumentalwerke Johann Sebastian Bachs, which was published in English in 2002 (Performance practice of the instrumental-vocal works of Johann Sebastian Bach). In appreciation of his merits, he was awarded numerous honours, among them, in 2003, the Order of Merit (1st class) of the Federal Republic of Germany. Karl Hochreither died in Berlin in October 2018.

Helmuth Rilling, born in Stuttgart in 1933, studied at the University of Music in Stuttgart and in Rome. From 1963 to 1966, he taught at the Berlin School of Church Music, and in 1963/64 he also conducted the cantata worship services of the Bach Choir in the Kaiser Wilhelm Memorial Church. In 1963, he was appointed Church music director in Stuttgart, and in 1969 professor of choral conducting in Frankfurt am Main. Rilling founded the Gächinger Kantorei (in 1954), the Bach Collegium Stuttgart (in 1965), the Oregon Bach Festival (1970) and the Internationale Bachakademie Stuttgart (in 1981); he was the artistic director of the latter until 2012.

From the 1970s onward, Rilling dedicated himself especially to the work of Johann Sebastian Bach. He was the first conductor to record all of Bach’s sacred cantatas (1970–1985), and in 2000, he was the artistic director of a complete recording of all works by Bach. Rilling was also a key figure in the rediscovery of romantic choir music, and he promoted contemporary music through regular commissions. With his ensembles, he toured around the world and was also a sought-after guest conductor with prominent international orchestras.

On the occasion of his 80th birthday in May 2013, Helmuth Rilling withdrew from all leadership functions but still works as a conductor and a teacher. He has been honoured with numerous awards for his manifold musical and pedagogical activities.

Hanns-Martin Schneidt, born in Kitzingen in 1930, was a member of the Thomanerchor in Leipzig. He studied in Munich and was appointed director of the Berlin School of Church Music when he was only 25. In Berlin, he founded the Bach Collegium and the Bach Choir at the new Kaiser Wilhelm Memorial Church. Starting in 1961, he also worked for the Bachwoche Ansbach (Ansbach Bach Week).

From 1963 to 1985, Schneidt was chief musical director in Wuppertal, and from 1971 to 1978, professor at the University of music and performing arts in Hamburg. Following Karl Richter, he was, from 1984 to 2001, artistic director of the Bach Choir and the Bach Orchestra in Munich; in addition, he taught orchestral conducting and church music at the University of Music in Munich. Schneidt worked with almost all important German symphonic orchestras and was a regular guest director at numerous opera houses. In 2001, he was awarded the Bavarian Order of Merit. Hanns-Martin Schneidt died in May 2018 in Munich.